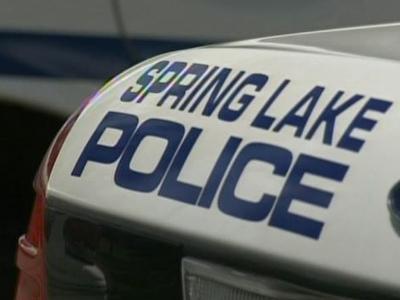 (WRAL)   SPRING LAKE, N.C. — Jittery residents are waiting to see whether more charges will be brought in an investigation of police corruption and asking why town leaders didn’t deal with problems years earlier.

Two police sergeants were charged this month with counts ranging from assault to embezzlement, and the town’s police chief quit. A prosecutor said more indictments could be coming.

Local judicial officials already had stripped the police of authority to investigate felony cases in 2007 because of a botched case a year earlier. Now, they’ve taken away the power to bring misdemeanor charges, leaving the local force armed but powerless and some residents upset.

“More folks should be gone,” said Jannell Medena, a 29-year-old forensic toxicologist who has lived in Spring Lake since 1993. “The people who dropped the ball along the way should be gone, too.”

Medena said residents of the town of more than 8,000, nestled between Fort Bragg and Pope Air Force Base about 60 miles south of Raleigh, had heard talk for months about problems at the police department. Many of the rumors were stirred by complaints from other officers, officials said.

Two town aldermen who attended the meeting and the mayor said they were clueless until it was too late. They all said additional training should help the remaining 14 officers on the force. All the police can do until the officers get their power back is take part in training and let them burn off unpaid overtime hours.

“It’s not a training problem,” said Bernard Barr, who works at a local gun shop and said he has helped train some officers for firearms qualification. “It’s a people problem. A lot of the guys are good guys.”

Their attorneys wouldn’t comment on their clients. The men have been fired and have court dates in June.

After the officers were charged earlier this month, Cumberland County District Attorney Ed Grannis released a three-page letter outlining the problems at the department.

The issues started in December 2006 when his office saw police had botched an investigation into a child’s murder. In June 2007, Grannis was concerned about a drug investigation being handled by officers and asked the State Bureau of Investigation to look at the department.

Some of the pending charges stem from a sting operation by state investigators who lured officers, who later claimed to have smelled marijuana smoke, to a motel room, according to county Sheriff Earl “Moose” Butler and court documents. Authorities said about $3,000 taken from the room disappeared from evidence last year.

Mayor Ethel Clark said she was shocked when she heard that the officers were charged and about the case.

“When you put your trust in someone, you don’t expect things,” Clark said. “Since everything has come out in the open, we realize we had some officers who needed to go.”

Asked if the force was corrupt, Clark said she didn’t think so.

“I think we had some bad officers, but one bad apple kind of taints the whole bunch,” she said.

For now, a retired police chief from the university town of Chapel Hill has taken over. Gregg Jarvies said the job will be to train officers well enough that the district attorney and judge who shut down the department will restore some powers to it. Jarvies said he doesn’t know long that will take.

Jarvies said the officers – two sergeants and 12 patrolmen – are discouraged but “eager to get back out there to do what they were hired to do. They all have expressed a desire to get over the cloud they’ve been under.”