Samuel L. Jackson “I Voted for Obama BECAUSE HE’S BLACK” 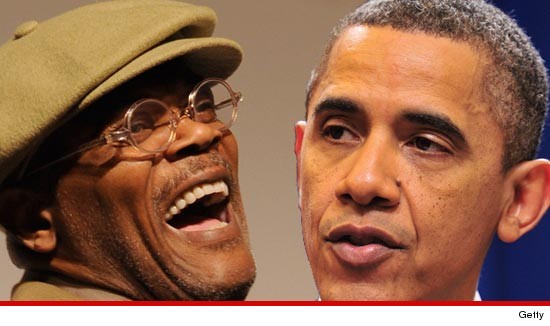 (TMZ)   Barack Obama’s politics meant nothing to Samuel L. Jackson because the “Pulp Fiction” star only voted for the president for one reason and one reason only … because he’s black.

In an interview with Ebony magazine, Jackson explained, “I voted for Barack because he was black. ‘Cuz that’s why other folks vote for other people — because they look like them … That’s American politics, pure and simple. [Obama’s] message didn’t mean [bleep] to me.”

Jackson then went on to drop the N-word several times when discussing Obama, telling the mag, “When it comes down to it, they wouldn’t have elected a [bleep]. Because, what’s a [bleep]? A [bleep] is scary. Obama ain’t scary at all. [Bleeps] don’t have beers at the White House. [Bleeps] don’t let some white dude, while you in the middle of a speech, call [him] a liar. A [bleep] would have stopped the meeting right there and said, ‘Who the [bleep] said that?’ I hope Obama gets scary in the next four years, ‘cuz he ain’t gotta worry about getting re-elected.”

Smacks of … Obama needs to Black it up.

21 Responses to Samuel L. Jackson “I Voted for Obama BECAUSE HE’S BLACK”