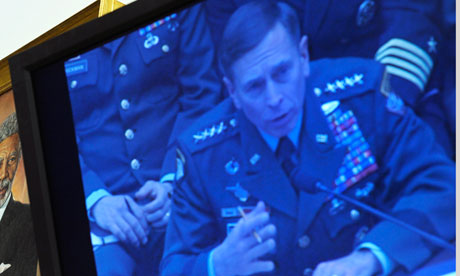 The US military is developing software that will let it secretly manipulate social media sites by using fake online personas to influence internet conversations and spread pro-American propaganda.

A Californian corporation has been awarded a contract with United States Central Command (Centcom), which oversees US armed operations in the Middle East and Central Asia, to develop what is described as an “online persona management service” that will allow one US serviceman or woman to control up to 10 separate identities based all over the world.

The project has been likened by web experts to China’s attempts to control and restrict free speech on the internet. Critics are likely to complain that it will allow the US military to create a false consensus in online conversations, crowd out unwelcome opinions and smother commentaries or reports that do not correspond with its own objectives.

The discovery that the US military is developing false online personalities – known to users of social media as “sock puppets” – could also encourage other governments, private companies and non-government organisations to do the same.

The Centcom contract stipulates that each fake online persona must have a convincing background, history and supporting details, and that up to 50 US-based controllers should be able to operate false identities from their workstations “without fear of being discovered by sophisticated adversaries”.

He said none of the interventions would be in English, as it would be unlawful to “address US audiences” with such technology, and any English-language use of social media by Centcom was always clearly attributed. The languages in which the interventions are conducted include Arabic, Farsi, Urdu and Pashto.

Once developed, the software could allow US service personnel, working around the clock in one location, to respond to emerging online conversations with any number of co-ordinated messages, blogposts, chatroom posts and other interventions. Details of the contract suggest this location would be MacDill air force base near Tampa, Florida, home of US Special Operations Command.

Centcom’s contract requires for each controller the provision of one “virtual private server” located in the United States and others appearing to be outside the US to give the impression the fake personas are real people located in different parts of the world.

It also calls for “traffic mixing”, blending the persona controllers’ internet usage with the usage of people outside Centcom in a manner that must offer “excellent cover and powerful deniability”.

The multiple persona contract is thought to have been awarded as part of a programme called Operation Earnest Voice (OEV), which was first developed in Iraq as a psychological warfare weapon against the online presence of al-Qaida supporters and others ranged against coalition forces. Since then, OEV is reported to have expanded into a $200m programme and is thought to have been used against jihadists across Pakistan, Afghanistan and the Middle East.

OEV is seen by senior US commanders as a vital counter-terrorism and counter-radicalisation programme. In evidence to the US Senate’s armed services committee last year, General David Petraeus, then commander of Centcom, described the operation as an effort to “counter extremist ideology and propaganda and to ensure that credible voices in the region are heard”. He said the US military’s objective was to be “first with the truth”.

Centcom confirmed that the $2.76m contract was awarded to Ntrepid, a newly formed corporation registered in Los Angeles. It would not disclose whether the multiple persona project is already in operation or discuss any related contracts.

In his evidence to the Senate committee, Gen Mattis said: “OEV seeks to disrupt recruitment and training of suicide bombers; deny safe havens for our adversaries; and counter extremist ideology and propaganda.” He added that Centcom was working with “our coalition partners” to develop new techniques and tactics the US could use “to counter the adversary in the cyber domain”.

According to a report by the inspector general of the US defence department in Iraq, OEV was managed by the multinational forces rather than Centcom.

Asked whether any UK military personnel had been involved in OEV, Britain’s Ministry of Defence said it could find “no evidence”. The MoD refused to say whether it had been involved in the development of persona management programmes, saying: “We don’t comment on cyber capability.”

OEV was discussed last year at a gathering of electronic warfare specialists in Washington DC, where a senior Centcom officer told delegates that its purpose was to “communicate critical messages and to counter the propaganda of our adversaries”.

Persona management by the US military would face legal challenges if it were turned against citizens of the US, where a number of people engaged in sock puppetry have faced prosecution.

Last year a New York lawyer who impersonated a scholar was sentenced to jail after being convicted of “criminal impersonation” and identity theft.

It is unclear whether a persona management programme would contravene UK law. Legal experts say it could fall foul of the Forgery and Counterfeiting Act 1981, which states that “a person is guilty of forgery if he makes a false instrument, with the intention that he or another shall use it to induce somebody to accept it as genuine, and by reason of so accepting it to do or not to do some act to his own or any other person’s prejudice”. However, this would apply only if a website or social network could be shown to have suffered “prejudice” as a result.

• This article was amended on 18 March 2011 to remove references to Facebook and Twitter, introduced during the editing process, and to add a comment from Centcom, received after publication, that it is not targeting those sites.

One Response to Revealed: US spy operation that manipulates social media