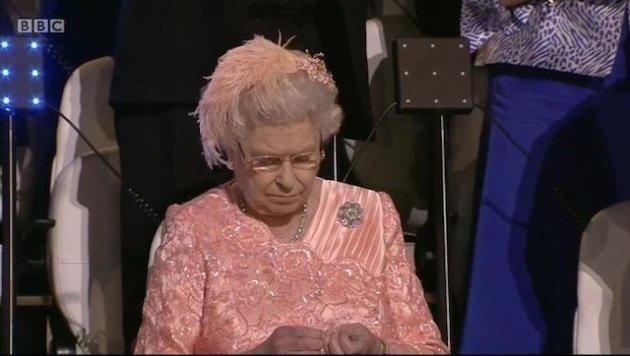 (YAHOO NEWS)   When you’ve ridden to the Opening Ceremony in a helicopter with James Bond, watching 500 athletes march into a stadium just can’t compare.

Queen Elizabeth, who appeared in an amusing short film with actor Daniel Craig during the kickoff to the London Games, wasn’t too impressed with Team Great Britain on Friday night. As 80,000 fans roared at the arrival of the nation’s athletes into Olympic Stadium, the queen was shown on television intently picking her nails, seemingly oblivious to the pandemonium around her.