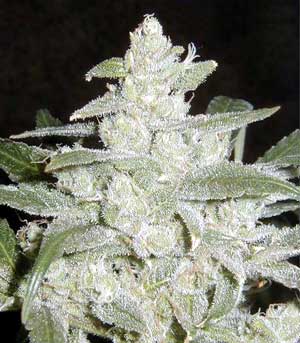 (SCIENTIFIC AMERICANA)   A large-scale study released this week showed that the herb gingko biloba has no effect in preventing dementia or Alzheimer’s disease. But alternative medicine aficionados may find hope in a new research touting the bennies of another “herb” in preserving memory.

Scientists from Ohio State University report that marijuana, contrary to the conventional wisdom,  may help ward off Alzheimer’s and keep recall sharp. Their findings, released today at the Society for Neuroscience meeting in Washington D.C.:  chemical components  of marijuana reduce inflammation and stimulate the production of new brain cells, thereby enhancing memory.

The team suggested that a  drug could be formulated that would resemble tetrahydroannibol, or THC, the psychoactive  ingredient in pot sans making the user high. But the research  may ultimately drive those who fear impending dementia to roll their own solution to the problem.

Study co-author Gary Wenk, a professor of psychology, had already devised a preliminary version of a THC-like synthetic drug that improves memory in lab animals. His team at the meeting said that it works by activating at least three receptors in the brain targeted by THC—proteins on the surface of nerve cells  that then trigger cellular processes resulting in reduced inflammation and production of new brain cells that can boost recall. Understanding how the compounds work  may pave the way for a pharmaceutical company to prepare its own  med for human clinical trials.

The researchers ducked the obvious question of whether it might be simpler, faster and cheaper to simply light up a joint. “Could people smoke marijuana to prevent Alzheimer’s disease if the disease is in their family?” Wenk said in a statement. “We’re not saying that, but it might actually work.”