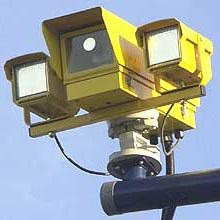 (FOX NEWS)   EVERETT, Wash. —  Golf balls are bombarding the Port of Everett and anti-terrorism cameras are being trained on a residential neighborhood to hunt down the source.

Port officials believe someone on Rucker Hill is whacking golf balls down the hill onto port property, endangering dozens of workers and millions of dollars worth of equipment and cargo.

“We’re trying to use any means possible to stop it, aside from posting somebody in the field of fire all day and night,” said Ed Madura, a port security official.

The port says the flying golf balls constitute a threat to personal safety. Pointing video surveillance cameras toward the likely source is an appropriate use of the equipment, port officials say.

In the eyes of at least one resident in the Rucker Hill neighborhood southwest of downtown, swiveling the cameras from the fence line to the neighborhood is an invasion of privacy.

“Hitting golf balls is a problem, but if they turn their cameras up on the neighborhood and spy on us, that’s a bigger problem,” said David Mascarenas, a neighborhood watchdog who has for years fought the port to improve the community’s access to public land.

The cameras were paid for, along with fencing and other security equipment, with $2.3 million in grants from the Department of Homeland Security following the terrorist attacks on Sept. 11, 2001.

Before the attacks, the Everett port had open terminals and only minimal security. People who live in the surrounding neighborhoods often would walk down and drop crab pots off piers that are now blocked by tall cyclone fences topped with razor wire.

Golf balls have been raining on the port’s Pacific Terminal for several months. However, a police report wasn’t filed until this week when 18 golf balls over the span of two days were found near stacks of shipping containers. One ball even bounced into a piece of equipment waiting to be shipped to Alaska.

“It’s been going on for a while, but it’s been getting a lot worse the last couple of days,” port spokeswoman Lisa Lefeber said.

Dock superintendent Bob Porter has been shagging balls from the Rucker Hill golfer for months. He keeps a box of them in his office near Pier 1.

No injuries have been reported, although an errant golf ball is believed to have broken the driver’s-side window of a longshoreman’s pickup truck, which was parked in a secure area.

Lefeber said as many as 100 people may be working at the port on any given day. And while most activity happens during the day, people work at the port all hours.

John Nostrom lives near a grassy overlook on Warren Avenue. On two instances, in recent years, he has seen young men pull up to the spot, haul out their drivers, then tee off. The spot is a little more than 200 yards from the place where balls are being found.

“They don’t hang out too long,” he said.

A good golfer could drive a ball at speeds of up to 165 mph, said Rex Fullerton, general manager at Legion Memorial Golf Course in north Everett.

At that speed, golf balls can seriously injure someone.

“It’s obviously a dangerous thing for somebody to just hit a golf ball into an area where it flies over people,” Fullerton said. “Of course, we’d encourage them to hit golf balls at our golf course.”

If someone is caught, any criminal charges that might be filed would depend on the circumstances, said Sgt. Robert Goetz with the Everett Police Department.

It isn’t clear who is driving golf balls onto port land or why. Is it someone practicing their chip shot or a person with a chip on their shoulder?

Steve Ritchie, a dispatcher with The International Longshore and Warehouse Union, Local 32, said he wouldn’t be surprised if it was all a malicious act by a disgruntled Rucker Hill resident.

The neighborhood, named for the prominent Rucker family, which built a hilltop mansion there in the early 1900s, boasts some of the city’s best views of Port Gardner, the Olympic Mountains and Cascade Range.

There have long been tensions between the neighborhood and the port over noise from container ships that are sometimes unloaded in the middle of the night, glare from floodlights and exhaust from idling vessels.

“There’s a lot of people out on Rucker Hill that want the longshoremen more or less shut down,” Ritchie said.