How To I.D. Genetically Modified Food at the Supermarket

(Spence Cooper)   Not many consumers realize that the FDA does not require genetically modified food to be labeled. That’s because the FDA has decided that you, dear consumer, don’t care if the tomato you’re eating has been cross bred with frog genes to render the tomato more resistant to cold weather. Some consumers may not be concerned with eating Frankenfood, but for those who are, here’s how to determine if the fruits and vegetables you’re buying are (GM) genetically modified.

Hat tip to Marion Owen for her valuable information. Here’s how it works: 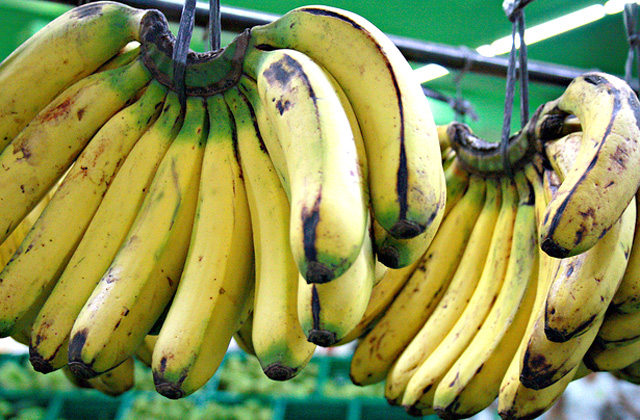 A conventionally grown banana would be: 4011

A genetically engineered (GE or GMO) banana would be: 84011

These tips are specially important now that over 80% of all processed foods in the US are genetically modified. Many countries in the European Union have been banning GM products and produce (including Austria, France, Germany, Greece, Hungary and Luxembourg).  We say “Eat healthy, buy or grow organic”.

5 Responses to How To I.D. Genetically Modified Food at the Supermarket