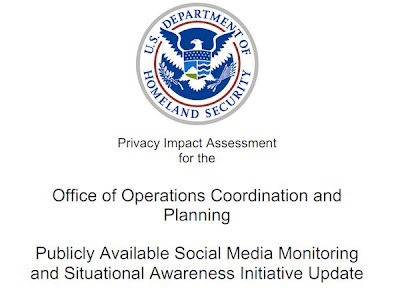 (ANON OPS)   The U.S. Department of Homeland Security’s command center routinely monitors dozens of popular websites, including Facebook, Twitter, Hulu, WikiLeaks and news and gossip sites including the Huffington Post and Drudge Report, according to a government document.