US Court of Appeals denies relief to sober Army veteran jailed for DUI. 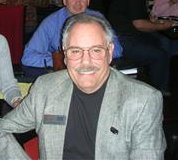 (NEWSPAPER)   The Eleventh Circuit US Court of Appeals on Tuesday saw no problem with jailing a man for eight hours after he blew .03 on a breathalyzer — far below the legal limit. Santa Rosa County, Florida sheriff’s deputies had arrested Roger A. Festa on the charge of driving under the influence of alcohol (DUI) on April 9, 2005. Since he had been entirely sober, Festa sued Deputy Adam Teichner and Deputy Douglas Burgett for unlawful arrest.

On the day in question, Burgett had received a 911 call describing a vehicle similar to Festa’s swerving. Burgett noticed Festa’s car and claimed he saw it make a sudden lane change in order to avoid a car that had made an unexpected turn. He also noted that Festa, while not speeding, was varying his velocity. Burgett initiated the stop.

Festa explained to the deputy that he and his wife were in an unfamiliar area looking for a place to eat. He admitted that he had a single drink earlier in the afternoon. Burgett claimed he smelled a “mild odor” of alcohol. Deputy Teichner performed the roadside sobriety tests and brought Festa to the station for a breath test that registered .03.

“Unfortunately, I couldn’t just let you go,” Burgett told Festa in a court deposition. “You were under arrest for DUI.”

Festa, who could add to his arrest statistics for the month, then explained how plea bargains would take care of the inconvenience done to Festa.

“Basically, once you were arrested for DUI, I made a determination from the conversations that we had between there and the jail that I was going to have this pled down to a reckless driving and then the reckless driving to a [nolle prosequi] so you would suffer no monetary damages or a record,” Burgett said.

Instead of cutting a deal, Festa pleaded not guilty to both charges. The state eventually dropped the DUI charge and a judge tossed the reckless driving charge nearly a year later. The three-judge federal appeals panel found that the deputies were entitled to immunity for their actions while on duty because they had done nothing unconstitutional.

Festa died on May 9, 2010 while waiting for the case to be resolved. Festa was a successful businessman who earned a silver and bronze star during his service in Vietnam as an Army Ranger. A copy of the unpublished decision is available in a 70k PDF file at the source link below.