Social networking Web sites can seem dedicated to the idea that nobody’s personal life is worth keeping private, but when it comes toMark Zuckerberg — the founder of Facebook, one of the largest networks — Facebook disagrees.

Facebook tried last week to force the magazine 02138 to remove some unflattering documents about Mr. Zuckerberg from its Web site. But a federal judge turned down the company’s request for a court order to take down the material, according to the magazine’s lawyers. 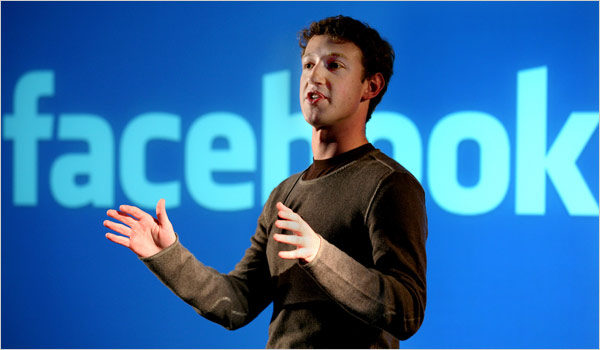 The dispute stemmed from a lawsuit charging that in 2003 and 2004, as a student at Harvard, Mr. Zuckerberg stole the idea and some of the computer source code for Facebook from some fellow students. They were planning a networking site of their own and had hired Mr. Zuckerberg to help with the programming.
Their project fizzled, while Facebook made Mr. Zuckerberg a billionaire — at least on paper — at the age of 23.

02138, which refers to Harvard College’s ZIP code in Cambridge, Mass., and consists primarily of articles about Harvard and Harvard alumni, published an article last week about the genesis of Facebook and the resulting lawsuit. The piece is sympathetic to the plaintiffs’ account and questions the validity of Mr. Zuckerberg’s claims.

The article relied in part on documents submitted in the lawsuit, in Federal District Court in Boston, that were ordered sealed by the judge in the case, Douglas P. Woodlock. On its Web site, 02138 posted not only the article, but also the documents, which include Mr. Zuckerberg’s handwritten application for admission to Harvard and an excerpt from an online journal he kept as a student that contains biting comments about himself and others.

Luke O’Brien, the freelance reporter who wrote the article, said that he had done nothing wrong in obtaining the documents and that neither side in the lawsuit had improperly leaked them to him. He said he had obtained the papers in mid-September from the First Circuit Court of Appeals in Boston, which considered a part of the case, where a clerk apparently made a mistake and let him read and copy sealed documents, along with those that were still supposed to be open to the public.

“There were a whole bunch of manila envelopes taped shut, clearly sealed, and I did not open those,” he said.

Some of the pages he copied were stamped “Confidential” or “Redacted.” Bom Kim, founder and editor of 02138, which is not affiliated with the university or its alumni association, said that gave him pause.

“We cleared it with our lawyers,” he said, who said that any order sealing the documents would apply only to the parties to the lawsuit. “We did wonder if they were under seal. But since we had obtained them legally, we got clearance.”

On Thursday, Facebook asked Judge Woodlock to order 02138 to strike the documents from its Web site. Lawyers for 02138 said that late Friday, the judge, in an oral ruling, turned down the request; Facebook and its lawyer refused to confirm or deny that account. Calls to the court went unanswered.

“We filed the motions to let the court know that its orders were being violated,” Facebook said in a statement Friday. “One reason the court ordered certain documents’ protection was to prevent exactly what has happened: misusing documents and taking documents out of context to sling mud.”