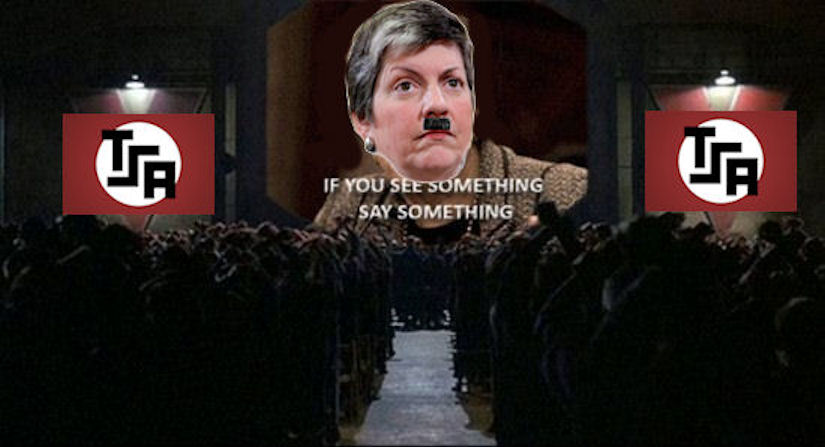 Give me a freakin’ break. They get away with this fascist hype and no one screams?

This tripe from the insatiable stooge Napoleon-itano was on ABC News:

“One of the most striking elements of today’s threat picture is that plots to attack America increasingly involve American residents and citizens,” Napolitano said, referring to so-called homegrown terrorists fueled by the Internet and connections with operatives overseas.

They haven’t done anything but decimate Afghanistan and Iraq, murder millions of people in pursuit of a fabricated enemy, while sacrificing our own youth in the process with no “victory” in sight! All with the pretense of “fighting terrorism”.

And now? “Sorry, our bad. The real enemy is at home after all.”

All with the obvious target of real truth and freedom loving Americans and our communication line – theinternet. Funny it was developed by DARPA. I wonder what else is going to backfire on them? As it is we’re more empowered than ever.

But couch potato America will buy it. Why not? The American “image-ination” was founded on Disneyesque story telling. It goes right along with 24, the Superbowl, CSI, (etc. etc.) and every flippin’ news and talk show you can imagine…

“The terrorist threat facing our country has evolved significantly in the last ten years — and continues to evolve — so that, in some ways, the threat facing us is at its most heightened state since those attacks,” she said before the House Homeland Security Committee.

Her comments were a sobering reminder that the potential of another attack is real and growing, most notably from individuals radicalized inside the United States, despite elaborate security measures implemented by the government since 2001. Source

Don’t have to say much more.

Grab your boots boys and girls, they’re coming after us. If you DARE to question ANYTHING that might be considered “suspicious” you are now, and have been for awhile, liable for questioning and detention, for as long as they like.

As this hype grows they’re only counting the days.

Next False Flag Near?

Always. They can nuke one of our own cities, a la Oklahoma City, only meaner; they can do something nasty overseas, and blame anyone they want. The unaware world is a sitting duck.

And yes, it’s also to grease the wheels for the Patriot Act extension. Congress is in the tank–it’s the American people they don’t want coming out of their coma.