(Kenneth Schortgen Jr )   There is a new bill in Congress that is expected to pass that would allow the government to suspend your travel outside the country if you own taxes to the IRS.

Senate Bill 1813 (Highway trust fund), which was passed by the Senate last week and is now pending in the House of Representatives contains a provision that would allow the IRS to order the State Department to refuse to grant, refuse to renew, revoke or restrict the passport of any US citizen which the IRS certifies owes the IRS $50,000 or more in unpaid taxes. There is no requirement that the tax payer be guilty of or even charged with tax evasion, fraud, or any criminal offense – only that the citizen is alleged to owe the IRS back taxes of $50,000 or more. 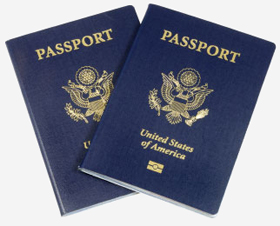 With Capital Control measures expected to be implemented in 2013, which would force Americans to keep their money from going offshore, the laws being legislated are now affecting the average citizen far more than any action against terrorists, or in support of the ‘War on Terror’.