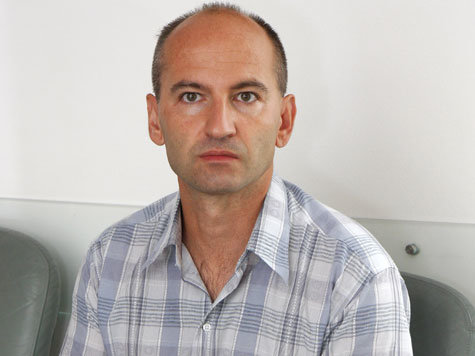 (ADVENTURES IN AUTISM)   A participant in the german H1N1 vaccine trials reports serious adverse reactions, including coughing up blood, but the lead researcher blows it off. Yet another story of problems in vaccine safety studies that are ignored.

Why test a vaccine exactly, if you already have decided what the outcomes can or cannot be? Apparently Heir Doctor will only accept ‘redness and swelling at the injection site’ as a side effect.

The article does not say which version of the vaccine he got. Wish there was more information on this case.

Translation into English by Erwin Alber

Munich – A harmless prick – and thereby possibly save thousands of people. This is what several hundreds of volunteers thought, who each collected a payment of 250 Euro for their participation in the study of the swine flu vaccine trial at the Ludwig-Maximilians-University.

One of them has now quit the trial: The Diploma-businessman Axel Sch. (40). He claims : “The vaccination has made me ill! – the test is irresponsible.” He says that within a few hours after the vaccination, on August 10, he had sweat on his forehead. “I felt totally beat. On the third day, my kidneys and head were aching and I got a fever. I then had a coughing fit – and the wash basin was suddenly red – it was blood!“

LMU-medical researcher Frank von Sonnenburg, who is in charge of the country-wide study, doesn’t consider these accounts credible. He says that such side-effects cannot be related to the vaccine. He does not deny that, as with other flu-vaccinations, flu-like symptoms may occur as a reaction to the vaccination. “Additionally, there may be light pain, redness or swelling at the injection site.”

“Obviously many of the test subjects would have side-effects. We do such a study precisely because we want to find out any possible side-effects. If flu cases were to become more severe and we had not done any tests, – there would be a big outcry by everyone.”

Was the vaccine admitted too quickly to the study? The fact is that in this composition, the vaccine has not yet been applied to humans. The Federal Health Minister Ulla Schmidt explained on Wednesday that she had felt put under pressure by the pharmaceutical industry from the beginning. Criticism is being voiced with increasing frequency. The Paul-Ehrlich-Institute points out that side-effects to this vaccine are to be more expected than in connection with a normal flu-vaccine. The Paediatric Association points to a possibly increased number of unknown side-effects.

British researchers even warn about a neurological disorder known as the Guillain-Barré-Syndrome. They point to a vaccination campaign with a similar swine flu vaccine carried out in the USA in 1976, which resulted in the deaths of 25 people.

Probably because of this, the USA only test vaccines without so-called adjuvants. These lead to greater side-effects, explains study leader Frank von Sonnenburg. “The adjuvants produce more anti-bodies, which is why the body’s defensive reaction is also greater.” Kidney pains and bloody cough of the kind Axel Sch. Experienced were however not to be expected, even with this adjuvant. “We conduct a clean study.”

Axel Sch. however insists that his complaints were a result of the vaccination. “Surely it is no coincidence that they occurred directly after the vaccination.” He criticizes the university, saying that he was not properly informed prior to the study. He said that for three days he was flat on his back during this heat. “When I phoned the LMU, they simply asked me the question needed to fill in their form and told me to see my doctor.” He now wants the medical costs and loss of earnings compensated by the medical insurance covering the trial.

Axel Sch. has participated in medical trials even when he was a student. He had also had good experiences with an LMU flu-vaccine study. “This is the reason why I immediately consented when they asked me if I would test the new vaccine.”

Now his trust in research is gone, he is quitting the vaccine trial. In October he will fly to Latin America for professional reasons. He had looked forward to traveling unconcerned – by then he would have received the second of three vaccinations. “I’m not fearful just the same – I don’t belong to an at risk group. Also, the swine flu can’t possibly be as bad as the side-effects of the vaccine.”

One Response to Swine Flu Vaccination: An Injured Subject Speaks Out as Researchers Deny Link