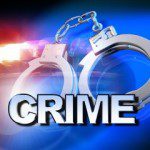 46-year-old Deputy Sheriff Louis Malofsky was arrested in the Sheriff’s Office this afternoon, after being interviewed by investigators.  He has been relieved of his duty without pay and required to relinquish his issued law enforcement equipment, including his badge, credential and gun.

Investigators said, Malofsky and another man went to the home of 30-year-old Jose Lopez-Echenique on Woodberry Cover Drive in East Orange County man around 3:30 am, and got into a physical altercation with him.

Malofsky was interviewed by follow colleagues this afternoon and arrested.  He was transported to the Orange County Jail and is being held on NO BOND, on the “Robbery with a Firearm” charge.  Malofsky will spend the night in jail and make an initial appearance in court on Thursday morning.   He has declined all interview requests.

The second suspect in this confrontation and battering, remains at large.   His name has not been released.

Deputies said, the incident is the subject of an ongoing criminal investigation.

The Orange County Sheriff’s Office Professional Standards Division has launched an internal probe into the incident.