Here are the facts:

UN/FAO Urges Protection of Livestock Diversity urging the international community to adopt a Global Plan of Action to stem erosion of the worlds farm animal diversity and protect the global food supply. Around 20 percent of the worlds breeds of cattle, goats, pigs, horses and poultry are currently at risk of extinction, according to FAOs State of the Worlds Animal Genetic Resources report, the first global assessment of livestock biodiversity and of the capacity of countries to manage their animal genetic resources. to report

The Wilderswil Declaration on Livestock Diversity – Comments on the UN/FAO Report on Livestock Diversity:  “The FAO Report on the State of the World’s Animal Genetic Resources squarely points to the industrial livestock system as one of the main forces behind this destruction.  However, in the UN’s Global Plan of Action there is nothing that addresses these causes.” to the Declaration from Via Campesina

And here is what we have to save.  It is the America we all believe in.  It is being stolen out from under us.IN 1961, William and Lucille Salatin moved their young family to Virginia’s Shenandoah Valley, purchasing the most worn-out, eroded, abused farm in the area near Staunton.  Using nature as a pattern, they and their children began the healing and innovation that now supports three generations.

Today the farm arguably represents America’s premier non-industrial food production oasis.  Believing that the Creator’s design is still the best pattern for the biological world, the Salatin family invites like-minded folks to join in the farm’s mission:  to develop emotionally, economically, environmentally enhancing agricultural enterprises and facilitate their duplication throughout the world.

The Salatins continue to refine their models to push environmentally-friendly farming practices toward new levels of expertise.

TRANSPARENCY: Anyone is welcome to visit the farm anytime.  No trade secrets, no locked doors, every corner is camera-accessible.

INDIVIDUALITY: Plants and animals should be provided a habitat that allows them to express their physiological distinctiveness.  Respecting and honoring the pigness of the pig is a foundation for societal health.

COMMUNITY: We do not ship food.  We should all seek food closer to home, in our foodshed, our own bioregion.  This means enjoying seasonality and reacquainting ourselves with our home kitchens.

Now comes the industrial side.

It has language in it that appears to turn our farms into food
production facilities and allows them to decide our feed ratios and
types as well as our animal health regime and whether or not and with
what we can fertilize our ground ….

turn our farms into food production facilitys and [Industrialize farms.]

allows them to decide our feed ratios and types [GMOs.]

whether or not and with what we can fertilize our ground, [Contaminate organic farms.] 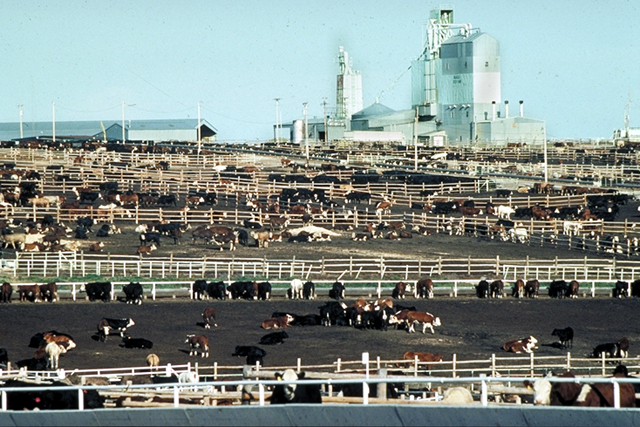 Here is the senate version.

The bill has been referred to the following committees:

Senate Agriculture, Nutrition, and Forestry. Sent to committee on February 9, 2009  we are not allowed to know what happens in committee.  For some reason these things are secret and we can’t most times even know how anyone voted.  As this site points out, if you do not have a rep or senator on the committees…….they don’t’ want to hear from you.

A bill in the US Congress: To establish the Food Safety Administration within the Department of Health and Human Services to protect the public health………….

Referred to committee on February 4, 2009

The bills in both the House and Senate are virtually identical.  This means this whole deal was decided at the same time Smart Grid was inserted into the Stimulus Package.  The house and Senate bills will lay the groundwork for NAIS and other programs, and Smart Grid will make them operable.

Both these bills appeared simultaneously in both houses, having been planned before the fact.  This speeds them through committee and brings them to the floor to be calendared.  Since both bills are identical, there will be motions to suspend the rules on debates.  Meaning none will be allowed.  We will have to watch these closely as they will appear suddenly on probably the same day with the House voting first in the morning and the Senate in the afternoon.

Not one rep or senator has denied, refuted or argued even one of our articles or any of our statements.  Not one major paper has covered any of it.

This is all part of the Smart Grid System of controlling everything in our lives and us – to me it is the Patriot Act gone ballistic, digitizing every aspect of our lives and leaving no area of privacy or true freedom whatsoever.  Do people even remember anymore how different life used to be, how it belonged to us and only us?

One of the largest components of Smart Grid is already being implemented by the USDA; it’s called the National Animal Identification System (NAIS) it requires farmers to implant a RFID tag into the body of all of their livestock–cows, pigs, goats, chickens, sheep, all livestock. The NAIS threatens to destroy small-scale family farms. If you’re not familiar with the NAIS, here are a couple of resources: Downsize DC, NAIS: Too little too late? and NAIS: Let’s do some fuzzy math. Coupled with Smart Grid, the NAIS strengthens the ability of Government officials to control rural Americans as completely as they control people in the cities.

President Obama believes implementing Smart Grid is urgent. He wants the program to expand quickly, with all of us on the thinking grid by 2011. All of us.

Notice the great rush to do this.  The great and unjust and non-transparent and immensely UNDEMOCRATIC rush – to force on the entire country something they know nothing about.

We are talking about one of the most massively controlling laws in the history of this country and one affecting the health and thus existence of every single person.  We are talking about the take over of the US food supply by industrial forces and the contamination and thus death of organic farming through stealth.

Everything green, healthy, anti-global warming, local, decent, environmental, community building, independent, free thing that organic farming is, we need.  But the corruption of our government and politicians by Monsanto and especially the Clinton influence on behalf of Monsanto, is bringing us horror.

Obama must be held accountable.  The bum’s rush is not grassroots anything.  The implementation of plans laid during Bush’s regime is not change.  This, no matter how you cut is, is fascist.

21 formal requests to Congressmen, the Secretary of Agriculture and USDA staff; all refused to answer in a 60 day period.

3 Responses to Monsanto bills being rushed through Congress, set to destroy organic farming