John D. Rockefeller and his son John D Rockefeller Jr., the founders of the Rockefeller dynasty were purportedly not affiliated with the Freemasons (or so it has been claimed Link) I have written about the Knights Templar, The Freemasons and the Illuminati in many of my articles and it is my contention that prominent Jews were recruited by the Templars to manage their assets after the latter was forced underground by the French Inquisition. 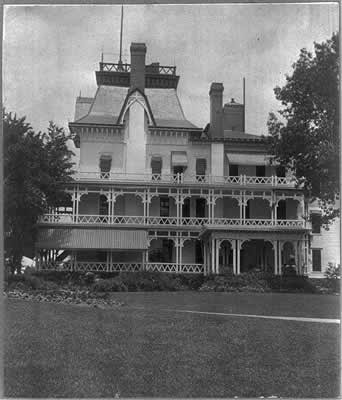 John D Rockefeller Sr. "summer home" in Forest Hill Ohio. He spent half the year here and on millionaire's row near downtown Cleveland.

The Masons are run by the descendants of the Knights Templar, who now are referred to as the Illuminati or the architects of the New World order. They also constitute the highest degree (33rd) in Freemasonry, or the “Philosopher kings and their ruling class”, which incorporates their symbolism and ceremonies.

The 32nd degree of Freemasonry is reserved for descendants of the Templar military order. These are the leaders of our military and military intelligence agencies like the CIA, KGB, Waffen SS and M1

The 31st degree is reserved for their merchant/banker/entertainer class.

“To you, Sovereign Grand Instructors General, we say this, that you may repeat it to the Brethren of the 32nd, 31st and 30th degrees: ‘the Masonic Religion should be, by all of us initiates of the high degrees, maintained in the purity of the LUCIFERIAN Doctrine. If Lucifer were not god, would Adonay (Jesus)… calumniate (spread false and harmful statements about) him?…Yes Lucifer is God…”(Albert Pike, A.C. De La Rive, La Femme et l’Enfant dans la Franc-Maqonnene Universelle, page 588.)

All three Illuminati classes are mind programmed with multiple personalities that allow both the appearance of good, and truly great evil. The public sees the philanthropist. The victim sees the evil demon hiding behind the facade.

John D. Rockefeller was hand selected by the Rothschilds and the Templars-Illuminati to create and manage their financial empire in the Western hemisphere. Rockefeller money is, in reality, Templar-Illuminati money. Their investments and holdings are Templar-Illuminati holdings. Their causes, well, lets just say they have resulted in most of the misery we have experienced in the 20th century. 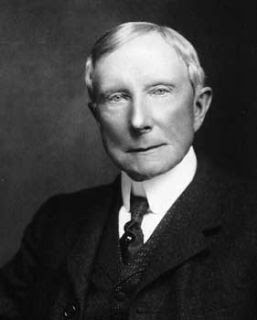 The Illuminati seek to establish Plato’s Republic as our international government or “New World Order”. Their ruling classes, which make up 1% of the population, seek to eliminate 90% of the world’s population and replace it with a genetically manipulated “Master Race” that has been “mind-programmed” to serve its masters.

In actuality, Rockefeller Jr. donated the land for the construction of the Masonic Temple in Forest Hills, Ohio.

“In 1923 Rockefeller conveyed ownership of Forest Hill to his son for $2.8 million. Rockefeller, Jr. sold or donated portions of the estate for the Huron Road Hospital (1924), the Masonic Temple onBelmore Road (1924) and Kirk Junior High School (1929)” Source.

The donation of land by the Rockefellers was reserved for those causes that forwarded the agenda of the Illuminati and their New World Order. For example, they donated the land for the United Nations. (Source)

So how far did Masonic Rockefeller influence extend in Ohio? He cash flowed the McKinley campaign for President.

President William McKinley: 1896 McKinley won the presidential race with a great deal of support from Big Business, e.g.,John D. Rockefeller’s Standard Oil contributed $250,000 to the “front porch” campaign that defeated Bryan and his populist platform of returning to the constitutionally mandated monetary system and reform of McKinley’s high tariffs that had allowed domestic manufacturers to raise their prices to a level that matched the artificially-induced higher prices of foreign goods, thus causing a severe depression.

Interestingly enough, when you move away from the agenda that brought you to the dance, accidents can and do happen.

“Among the most important domestic issues that President William McKinley had to deal with during his presidency, bimetallism and tariff legislation loomed large. Through most of 1897, the McKinley administration pursued an international agreement to include silver, along with gold, as an acceptable backing for the major European currencies. McKinley indicated his support for bimetallism if England, France, Russia, and Italy would go along. When negotiations with these nations over bimetallism failed in late 1897, McKinley began advocating a gold-based currency. In 1900, he signed the Gold Standard Act, which formally placed U.S. money on the gold standard. All currency was fully backed by gold, with a fixed price at $20.67 an ounce.“ (Source)

John D. Was not happy with this “change of heart”, not happy at all. You see Standard Oil was notRockefellers most lucrative enterprise. This award went to his ownership of financial and banking operations under the umbrella of the Equitable Trust Company. Banking, not oil was the Rockefeller Family’s greatest concern. As evidenced by the fact that the firstborn, John D Rockefeller Jr. pursued banking almost exclusively.
“In 1921, he (John D Jr.) received about 10% of the shares of the Equitable Trust Company from his father, making him the bank’s largest shareholder. Subsequently, in 1930, the Equitable merged with the Chase National Bank, now JP Morgan Chase, and became at that time the largest bank in the world. Although his stockholding was reduced to about 4% following this merger, he was still the largest shareholder in what became known as the “Rockefeller bank”.
(Source)

So , denying the Rockefellers the opportunity to make money with paper money that charged interest was not good for ones health. One year after he signed the “Gold Standard Act”, he was assassinated.

30 Responses to John D. Rockefeller, Free-Masonry, and The McKinley Assassination