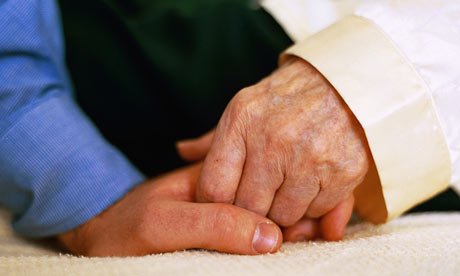 Fundamental change in the treatment of dementia patients has been promised by the government Photograph: Sarah Lee

As many as many as 144,000 people suffering from dementia are being given anti-psychotic drugs unnecessarily, according to a review ordered by the Department of Health.

Excessive use of the medication causes an estimated 1,800 deaths and almost as many strokes among older people every year, the study revealed.

The care services minister, Phil Hope, accepted all the recommendations in the review and promised a fundamental change in the treatment of those suffering from dementia.

The numbers being given “chemical restraints” will be reduced, extra training will be given to nursing home staff, more psychological therapies are to be made available and a national clinical director for dementia will be appointed.

The author of the study, Sube Banerjee, professor of mental health and ageing at the institute of psychiatry at King’s College London, said that as few as 36,000 patients were benefiting from the use of anti-psychotic drugs, but their use was widespread and usually unquestioned.

Anti-psychotic medicines are used to manage the behaviourial and psychological difficulties experienced by many dementia patients such as agitation, aggression, wandering, shouting, repeated questioning and sleep disturbance.

First introduced in the 1950s to control schizophrenia, they have become commonplace in hospitals and care homes. “They are too often used as a first-line response to behavioural difficulty in dementia rather than as a considered second-line treatment when other non-pharmacological approaches have failed,” the report warned.

In his recommendations, Banerjee suggested that the use of the drugs could be cut by two-thirds over the course of the next three years. Stopping prescriptions immediately for many patients could be dangerous, he warned.

“If carers or family members are concerned that someone they know is on anti-psychotic drugs,” he added, “it’s important not to panic. People should speak to their GP or hospital. People should be on the lowest dose possible. The benefits of these drugs are relatively small.”

Reducing prescriptions could save £55m a year, the professor suggested, but around £68m would be needed to train staff so that they could improve the quality of care for dementia sufferers. A national vocational qualificiation (NVQ) will be developed to train those working in nursing homes.

Banerjee added: “We have a failure of the health and social care system to adjust to a changing world. We need to improve primary and social care. There’s no evidence that any drugs are good for this.”

Hope said: “It is unacceptable that antipsychotic drugs are routinely prescribed to people with dementia. More than half of people with dementia will experience agitation or aggression at some point, but guidance from the National Institute for Health and Clinical Excellence (Nice) is clear – anti-psychotics should only be given when this is really necessary.”

Neil Hunt , chief executive of the Alzheimer’s Society, said: “This is fundamentally a human rights issue. People have complained about effects of the drugs, including slurred speech, dribbling, being unable to recognise people and not being able to walk. These [excessive prescriptions] remain a serious violation of peoples’ rights.

“This long-awaited landmark review is a welcome recognition of the scale of the issue. These drugs should only ever be used as a last resort. The scandalous over-prescription of anti-psychotic drugs leads to an estimated 1,800 deaths a year – it must end.”

Nadra Ahmed, chairman of the National Care Homes Association, said the blame did not lie solely with care homes. “These drugs are prescribed by general practitioners, they are not prescribed by the care-home providers,” she told the BBC. “This is about medical conditions which are obviously reviewed by GPs.”

The Liberal Democrat MP Paul Burstow, who has led a 10-year campaign highlighting the risks of excessive and inappropriate prescribing, said: “This review comes much too late for thousands of elderly people whose lives have been cut short by the reckless prescribing of anti-psychotic drugs.

“The evidence that anti-psychotic drugs do more harm than good has been mounting for years. There is next-to-no benefit for the older person and prolonged prescribing can lead to premature death.”

Jeremy Wright, chairman of the all-party parliamentary group on dementia, called for more training to be given to care-home staff and greater involvement of the patient’s family and friends in deciding whether to prescribe.

Banerjee’s review did not examine the use of anti-psychotic medicines to treat people with schizophrenia.

Dementia in the UK

• There are as many as 700,000 people with dementia in this country. In 30 years time, that number is expected to double to 1.4 milliion. Those diagnosed with the condition can live for between seven and 12 years.