Another flier’s run-in with the TSA

(Daniel Rubin)   Nancy Anne Phillips, a 63-year-old retired professor from Southern California, was passing through Philadelphia in April when, she says, she had one of those nightmares at the airport that give this city a bad name. 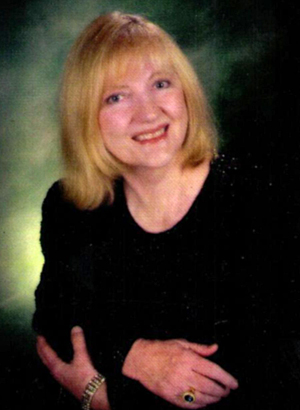 Her knees have been replaced with titanium, and a metal plate supports her back. She’s used to setting off alarms.

But she’s not used to the sort of screening she experienced April 5 when a Transportation Security Administration worker motioned Phillips to the side for a secondary screening. Phillips says the screener’s metal-detecting wand went north of the retirees knees and brushed against her crotch.

And when she asked for a different female screener, she says, a standoff led to her being detained for nearly two hours – until a Philadelphia police sergeant sent her on her way.

Phillips says her problem was not having metal implants; it was complaining. Because she rocked the boat, she says, she was threatened, accused, harassed, and humiliated.

“Something is very wrong at the Philadelphia airport . . .,” she wrote me. “Shameful. Shame on you, Philadelphia. I’m sure this represents a small group of renegade employees of the TSA and the Philadelphia police, but they should be held accountable.”

TSA spokeswoman Ann Davis says her agency has a starkly different view of what happened. She says statements from TSA employees portray Phillips as “defensive and uncooperative.” And videotape showed nothing wrong with the initial screening, Davis said.

But she says that tape has been destroyed according to airport policy, which calls for erasure of most digital recordings after 30 days.

We’ll go back to that part later.

Phillips was flying from Barcelona, Spain, to San Diego, changing planes in Philadelphia. A Ph.D. in education from Claremont Graduate University, she works as a school psychologist and was reading reports in the air when not watching episodes of Nip/Tuck.

She cleared customs and wound up at a TSA screening area between Gates B and C by 3:40 p.m. After the alarm went off, she recalls, she told the screener, “It’s my knees.” The screener, a woman, directed Phillips to an area no more than 10 feet away, in view of other passengers.

Phillips saw the outlines of two feet on a mat below her, so she opened her stance to accommodate the screener. “Wider,” she recalls the woman saying. After the wand brushed her pants at the crotch, she asked if someone else could finish the screening.

That’s where accounts diverge. “Each person I spoke to tried to escalate this to a higher level to cover for the prior person,” Phillips says, and no TSA employee would take a report of her complaint.

She was screened twice more after refusing to go into a private room, which to her felt unsafe. She was told her airline was on notice that she was being detained. A TSA supervisor named Mike told her that he “hadn’t decided yet whether or not I was going to be able to get on my plane to go home,” she says.

A police officer came and ran a background check. “I felt like I was treated like a terrorist,” Phillips says. He asked her if she wanted to make a criminal complaint. She didn’t.

Davis, of the TSA, says that even before the screening, Phillips had caught the attention of airline officials. A US Airways supervisor told her that Phillips was “irate” when her flight from Spain arrived late and she was told she would have to take a later plane to San Diego.

The video, Davis adds, shows that the initial screener held the wand correctly, horizontally, and that Phillips reacted before any unwelcome contact was made.

“It was like she was anticipating a negative experience,” Davis says, “vs. actually having one.”

Phillips asked that a police sergeant get involved. He reviewed what had happened, then told her she was free to go.

“Looks like you had a few personalities that clashed,” says Lt. Frank Vanore, a police spokesman.

I agree, although it’s hard to get to the bottom of what happened. Was Phillips a difficult passenger who was already agitated over having to take a later flight? Or was she a distressed passenger with a valid complaint, who couldn’t get anyone to listen?

What is beyond dispute is this: The TSA should have to keep the tapes. Particularly when a complaint has been lodged. Particularly at an airport that’s been such rich fodder for columns this year, what with the University of Michigan student who had a bag of white powder planted in her bag by a joking TSA employee, and the 4-year-old disabled boy made to walk without his leg braces through the metal detectors.

One other case has particular relevance – that of Nadine Pellegrino, a Florida businesswoman jailed for 17 hours after she objected to a screening by TSA workers who say she assaulted them.

Once Municipal Judge Thomas F. Gehret heard that the TSA had erased the tape of Pellegrino, he threw out the charges against her because she’d been denied the best evidence. Her record has been expunged.

In that case, airport security manager Renee Tufts testified that the electronic memory required to keep all tapes was not within the city’s budget.

“With all the stuff that is happening, I would think you’d want to keep it. You could keep that forever,” Gehret said. He was talking about terrorism. But he could have been talking about complaints like Phillips’.