(URUKNET)   AFRICAN revolutionaries now have to sleep with one eye open because the United States of America is not stopping at anything in its bid to establish Africom, a highly-equipped US army that will be permanently resident in Africa to oversee the country’s imperialist interests. 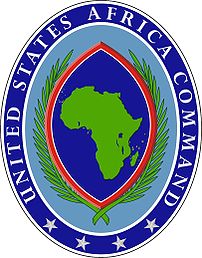 Towards the end of last year, the US government intensified its efforts to bring a permanent army to settle in Africa, dubbed the African Command (Africom) as a latest tool for the subtle recolonisation of Africa.

Just before end of last year, General William E. Garret, Commander US Army for Africa, met with defence attaches from all African embassies in Washington to lure them into selling the idea of an American army based in Africa to their governments.

Latest reports from the White House this January indicate that 75 percent of the army’s establishment work has been done through a military unit based in Stuttgart, Germany, and that what is left is to get an African country to host the army and get things moving.

Liberia and Morocco have offered to host Africom while Sadc has closed out any possibility of any of its member states hosting the US army.

Other individual countries have remained quiet.

Liberia has longstanding ties with the US due to its slave history while errant Morocco, which is not a member of the African Union and does not hold elections, might want the US army to assist it to suppress any future democratic uprising.

Sadc’s refusal is a small victory for the people of Africa in their struggle for total independence but the rest of the regional blocs in Africa are yet to come up with a common position. This is worrying.

The US itself wanted a more strategic country than Morocco and Liberia since the army will be the epicentre of influencing, articulating and safeguarding US foreign and economic policies.

The other danger is that Africom will open up Africa as a battleground between America and anti-US terrorist groups.

Africom is a smokescreen behind which America wants to hide its means to secure Africa’s oil and other natural resources, nothing more.

African leaders must not forget that military might has been used by America and Europe again and again as the only effective way of accomplishing their agenda in ensuring that governments in each country are run by people who toe their line.

By virtue of its being resident in Africa, Africom will ensure that America has its tentacles easily reaching every African country and influencing every event to the American advantage.

By hosting the army, Africa will have sub-contracted its military independence to America and will have accepted the process that starts its recolonisation through an army that can subdue any attempts by Africa to show its own military prowess.

The major question is: Who will remove Africom once it is established? By what means?

By its origin Africom will be technically and financially superior to any African country’s army and will dictate the pace for regime change in any country at will and also give depth, direction and impetus to the US natural resource exploitation scheme.

There is no doubt that as soon as the army gets operational in Africa, all the gains of independence will be reversed.

If the current leadership in Africa succumbs to the whims of the US and accept the operation of this army in Africa, they will go down in the annals of history as that generation of politicians who accepted the evil to prevail.

Even William Shakespeare would turn and twist in his grave and say: “I told you guys that it takes good men to do nothing for evil to prevail.”

We must not forget that Africans, who are still smarting from colonialism-induced humiliation, subjugation, brutality and inferiority complex, do not need to be taken back to another form of colonialism, albeit subtle.

Africom has been controversial on the continent ever since former US president George W. Bush first announced it in February 2007.

African leaders must not forget that under the Barack Obama administration, US policy towards Africa and the rest of the developing world has not changed an inch. It remains militaristic and materialistic.

Officials in both the Bush and Obama administrations argue that the major objective of Africom is to professionalise security forces in key countries across Africa.

However, both administrations do not attempt to address the impact of the setting up of Africom on minority parties, governments and strong leaders considered errant or whether the US will not use Africom to promote friendly dictators.

Training and weapons programmes and arms transfers from Ukraine to Equatorial Guinea, Chad, Ethiopia and the transitional government in Somalia, clearly indicate the use of military might to maintain influence in governments in Africa, remains a priority of US foreign policy.

Ukraine’s current leadership was put into power by the US under the Orange Revolution and is being given a free role to supply weaponry in African conflicts.

African leaders must show solidarity and block every move by America to set up its bases in the motherland unless they want to see a new round of colonisation.

Kwame Nkrumah, Robert Mugabe, Sam Nujoma, Nelson Mandela, Julius Nyerere, Hastings Kamuzu Banda, Kenneth Kaunda, Augustino Neto and Samora Machel, among others, will have fought liberation wars for nothing, if Africom is allowed a base in Africa.

Thousands of Africans who died in colonial prisons and in war fronts during the liberation struggles, will have shed their blood for nothing if Africa is recolonised.

African leaders do not need prophets from Mars to know that US’s fascination with oil, the war on terrorism and the military will now be centred on Africa, after that escapade in Iraq.

Tichaona Nhamoyebonde is a political scientist based in Cape Town, South Africa.